What is the secret to becoming a successful blogger? Well, there is no one secret, of course. However, if there were one thing that every blogger could use more of, it would be time. That’s why so many bloggers are turning to mobile editing apps to help them take control of the images in their posts. These apps make it possible to quickly and efficiently create professional looking blog post images, even if you are on the go. Perfect!

Before we start, I would like to say that these apps are listed in no particular order. These are all apps I like and use on a regular basis!

Pixlr is a prime example of why this online only photo editing has taken grip. They give you the best of both worlds, otherwise known as Pixlr E and Pixlr X. Pixlr E is an advanced photo editor in the mould of Photoshop, whereas Pixlr E is a simplified point and shoot style of editor. This means if you want to get deep down in the weeds of finely editing a photo you can. However, if like me, you want to get the job done quickly then Pixlr E will be your jam.

Take a look at the screenshots below to see what a difference it makes choosing Pixlr X over E.

As you can see, you have pretty much half of the function icons on the left-hand side of the screen for Pixlr X. It’s pretty genius to allow you to opt in and out of the two editor styles seamlessly. Don’t think that the dumbed down version has fewer options, though. Yes, you may not be able to fine tweak quite as much, but you still have a great selection of options. A multitude of filters along with an auto adjust and collage feature. Liquify and touch up features…I could go on. On top of this, the user interface is clean and easy to understand.

With all said and done, I have found Pixlr to be an excellent option for me as a newbie image editor to quickly and easily edit my blog images. No need to get lost in endless tweaking like you might with Photoshop 🙂 And if you get stuck, you can always turn to Pixlr’s awesome video tutorials over at YouTube to get your inspiration!

My next favourite photo editing tool for the lazy (I mean busy!) blogger is Fotor. I started using Fotor as a Canva replacement, as they have a good set of tools and unique templates that prove to be an excellent alternative to that tool. In fact, I used Fotor for ages without paying attention to their photo editing options at all! Boy, was I missing out!

When you compare the Fotor photo editor to Pixlr, I would say that Pixlr is more of a traditional pure photo editor whereas Fotor adds some more design flair. You can add patterned picture frames and beautify portraits (or add makeup!!). This makes it more of a light-hearted and fun experience. It also brings across some of the design elements from its Canva killing main app.

It does also have a good amount of pure image editing tweaks too, though, on top of a simply massive amount of filters! Another cool feature is the ability to make your own HDR photos. You can upload several of the same pictures (that were taken in different light) and combine them to make one awesome HDR photo! This is not something I have seen elsewhere!

Finally, the Fotor photo editor has recently been redesigned in their 2.0 update. I actually slightly prefer the UI of this over Pixlr now, although its a close run thing. Fotor is really simple for any newbie to understand (I should know, I am one!).

Last but not least, we have Ribbet. I know the name sounds weird (I mean why anyone wants to name themselves after a frog beats me!), but this is still an excellent image editing app for bloggers all the same.

Ribbet is more along the lines of a pure photo editor, so is closer in nature to Pixlr. Think of it as a simplified and slightly stripped-down version of Photoshop. Ribbet is also the cheapest option in this list, coming in at around $3-7 a month at the time of writing. The other two would cost you at least $8.

I wouldn’t say that Ribbet is revolutionary or anything, but it offers a pretty solid image editing offering at a low cost. Having said that, they do have a few features that piqued my interest. Ribbet has a really handy import feature, where you can import images from the likes of Facebook and Google Drive. I also found that their AI auto adjust feature worked slightly better than the other two offerings here.

Which One is Best?

You might now be wondering which of these three photo editing apps are best. I would say that this is something only you can answer based upon your own preferences. These apps all have free accounts and/or 14 day trials, so I would encourage you to try all of them out and see for yourself.

But Why Use Apps over Photoshop?

Photoshop’s online competitors look like the first wave of a massive photo editing revolution. So, why use an online editor instead of Photoshop? One of the biggest reasons is the accessibility of online editors. A Photo editor is accessible anywhere you have internet. You can even edit photos on your phone. Photoshop is only available on your laptop or desktop computer. Another big reason to use an online editor is the cost.  These online only photo editing apps can cost considerably less than a fully fledged editor such as Photoshop.

For me personally, the main reason I switched to online editors is for the simplicity. I didn’t want to spend hours learning a complex piece of software such as Photoshop, I would much rather spend that time creating quality content for my blog. Online editors are so user friendly it would literally take me minutes to do my photo editing tasks! This is the way forward for me. 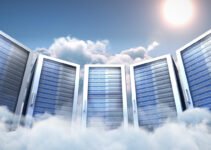 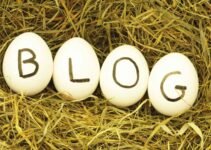 Hi, I'm the guy behind Make Money Bro. I have spent many years building up my own little empire online and I want to help you do the same. I have made so many mistakes along the way it's not even funny. I want to give you the advice so that you don't have to make these exact same mistakes!!